I decided quite a long time ago that I wanted to make a short horror film and I knew that with the right script, cast and locations I could make a good one, so after a post on Facebook, writer Martyn Armstrong got in touch and we started hammering out a story.

I started thinking about how the hell we were going to make it. I’ve made a lot of music videos, I have learned that average joe is terrible on camera but most importantly I’ve learned that if you don’t pay people they will let you down, and on occasion even if you do pay them. So I knew that if I couldn’t come up with a budget then I didn’t want to do it, it would be too much work and would likely result in something I wasn’t proud of.

I agonised over wether or not to go down the crowdfunding route, some people I talked to said it was like begging, and I can see where they are coming from, why should people pay for me to make a film? I still struggle with this a bit and this is why it is important to me that everyone gets paid before I do. All the time I get asked to shoot stuff for cheap, or nothing and it’s an insult a lot of the time because people so often consider creative industries to be like hobbies, perhaps it’s because to most people, beyond the camera, there is no obvious cost. I wish I had kept track of how many times I’ve heard “it’ll be good exposure” in my career. They forget about all of the background equipment, office rental, insurance, years of training, years of working for nothing etc etc and it is the same for composers, photographers, actors, makeup artists and sound guys and so I am not about to become hypocritical and ask these people to work for free, if I can avoid it. As far as I see it there was no option other than crowdfunding. I am not going to earn money from this, it isn’t a wise business decision I could take to a bank and I would be crazy to put it on a credit card so here we are!

Admittedly I didn’t look into this much at all. We opted for Kickstarter mainly because I hadnt heard much about IndiGoGo and I was desperate to get the campaign started. Kickstarter has an ‘all or nothing’ model, if you don’t reach your target then you get nothing. However with IndieGoGo you get whatever you get, using this model would definitely have reduced my stress levels during the campaign but Kickstarter has the biggest audience (6 times that of IndieGoGo) so on the whole you need to weigh up how organic your project is, is it something that can grab the attention of Kickstarter regulars who see 50 films appear on the site a month? It needs to be pretty special. For more info about the differences between Kickstarter and IndiGoGo read this

How much to ask for?

Ask for as little as possible! I knew that we needed professional actors but I knew that if it came down to it I could be dop, editor and director if necessary, I knew we needed to pay for the rewards, pay for food and drink for cast and crew, costume, equipment hire, travel, location fees, sound recordist, composer, special effects, props, makeup and a screening. If your target is small you have a much higher chance of getting it, and the closer you get to your target the higher the chance people will give. If you go over your goal then awesome, you get to keep as much as you raise but remember to factor in the commission that Kickstarter / IndiGoGo charge into your budget.

The next step was the kickstarter video. Admittedly I didn’t research this enough either!, I thought it would be enough to just make a compelling teaser/trailer based around the disappearance of our character Heather Langford. Martyn wrote a script and I contacted an exceptionally talented friend Gareth Lilley to be the voice of the newsreader, Kate sourced a house to shoot in and we produced this;

We quickly realised it wasn’t enough. We needed to tell people more about the project and how they could help, so myself and Kate went to the nearest park with a camera and shot a video of us talking straight to camera, trying to get across how excited we were about the project etc etc. After about 7 takes we thought we had nailed it, until I showed my partner at the time. She basically said it was the most boring thing she had ever seen. I knew I was terrible on camera, I did a news interview once about a film I had made and it was hell so it came as no surprise that what we shot had no personality whatsoever. In the end I shot an intro on my own in my office and used the out takes from our 7 takes to cobble together something which is hopefully more interesting but I would definitely recommend, that if you suck on camera, think of some other way of getting the info out! It was a bit of a catch 22 really, we were trying to promote a film before we had any cast so unfortunately it had to be us on camera.

You need to give people an incentive to give to your campaign. You can see the rewards we came up with here; Long Gone Kickstarter

You’ll notice that by far and away the most popular donation was £10. This is simply because if people gave £5 then they don’t get to the see the film. We figured £20 was too expensive and it worked out well.

I had read this article 8 Things I Learned From My (Failed) Kickstarter Campaign which I recommend you do to, it has some great practical tips. One thing he says there though is about the guy who had amassed 20k twitter followers pre-launch. Twitter for business can be a full time job, this is why so much of it is automated by marketeers and businesses. The twitter account I use for work is sporadic, I post content during quiet seasons and nothing in busy periods but I rarely actually read my twitter feed, in fact I would go so far as to say I never read my twitter feed, maybe I’m unusual in this regard but the only time I am going to see your content is if you interact with my content, or crucially, if you follow me, then I’ll get a notification on my phone and I’ll check it out, so to me this guy amassing 20k followers before he actually has anything for anyone to click through to seems insane to me. My approach was that I opened a twitter account a week before the campaign went live with some “coming soon” type dialogue then when the Kickstarter launched I started following everyone related to horror or movie bloggers / reviewers, followers of other Kickstarter films, anyone. Facebook I see as a more personal thing, I spend more time on there, I know most of the people I am friends with to say hi to in the street and so I started a Facebook page first and shared it with friends and family straight off the bat. Something I will say about social media is if possible ALWAYS POST AN IMAGE, even if it’s just your logo. Posts with images are way more eye catching and take up more space in peoples feeds.

We also emailed a lot of local press playing on the fact that our team was entirely from the north east. We contacted some companies who we thought might sponsor the project as well as horror bloggers.

Buy a web address! If you are creating art work you don’t want to be having a really lengthy kickstarter project url on there, doesnt look nice, no-one can remember it and it eats up your twitter characters, plus when the campaign is finished all of your online art work is redundant and you have to put more artwork out with a url of where people can see the film.

Buy a url, have it point to your crowdfunding campaign page. When the campaign finishes and your film is online you can redirect that url to point at where people can watch it. boom. Mine is www.Long-Gone.uk

“What the fuck are you going to put on your social media?” is something that hit me pretty quickly, we had a couple of images, obviously the link to the campaign and the teaser video but we cant make that stretch out for a month! I persuaded a friend of mine to play a missing detective and spread a missing poster out online.

Then a couple of days later we put out a short video of his murder, accompanied by some dialogue along the lines of “We had hoped that he had sprained his ankle in the woods but it looks although he’s been done in, RIP Tom Parker, help us find this monster!”

Although the above gained some good engagement it obviously still wasn’t enough, We managed to persuade the actors that we had lined up to do a photoshoot for free and also produced some short looping cinemagraphs which when embedded in a facebook page or twitter post loop endlessly;

A talented photographer and graphic designer friend Bish was kind enough to create us some True Detective style double exposure posters. These notably gave us a big push in exposure on social and also gave us the opportunity to add posters and postcards to our Kickstarter rewards. 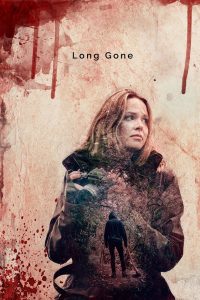 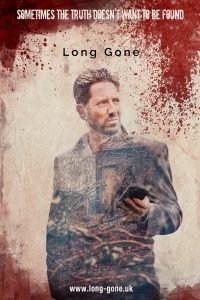 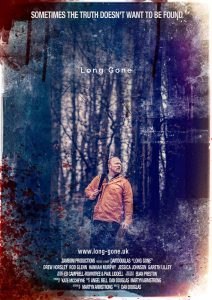 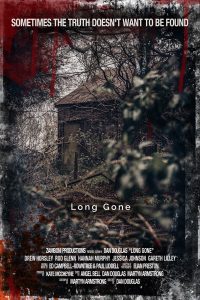 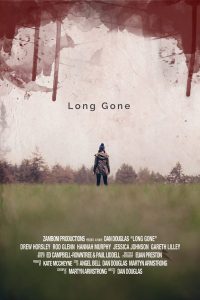 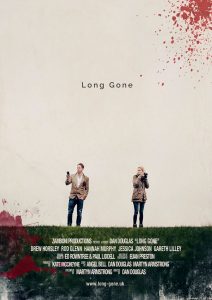 After all of the effort we put in to marketing, in the end most of our money came from people we knew, I would say 95%! Perhaps the horror genre had an impact on how poorly we did with Kickstarter regulars, it’s not the most accessible genre and it’s pretty saturated too. A big factor in the generosity of friends and family is that it was our first project, I very much doubt that if we did it again we would be nearly as successful. I recommend that if you have no other option other than crowdfunding for your film firstly get a good enthusiastic team together, the more people involved, the more people there are to spread the word.

You will have to pay a percentage of what you make to your chosen platform, so ask everyone you know for money before you start your campaign! I can’t emphasise this point enough. The less money you need to ask for in the campaign the higher the chances you will get it and the lower the commission you’ll have to pay will be.

Here are some bullet points for those who can’t be bothered to read the above;

Long Gone from Nimbus on Vimeo.

I would love to hear your comments and suggestions. Good luck!

Hi, I'm Dan, a freelance filmmaker, camera operator, editor, videographer and photographer based in Newcastle Upon Tyne in the North East of the UK. I create music videos, short films and videos for events and business. I’ve been making videos as a hobby since 1999 and professionally since 2006. I hope you enjoy my work.