I ordered the “Motorized Slider + Dolly Bundle” from Revolve on pre-order and waited an agonising 5 months for delivery. The first thing I want to note in this review is the brilliant customer service delivered by Jeremy at Revolve, he was courteous and prompt in his replies to every email.

About the above video

I also used the kit extensively for this video too


It is important to note that this bundle is pre order from a new company and so there are bound to be some teething issues with the kit, I see this review as as much for Revolve as for fellow videpographers. Also it’s important to note the price of this kit. Currently at $599 (£356) it is pretty cheap for the market we are in. There are several new companies producing kit like this now though and the amount of choice on the market is much higher than it was a couple of years ago. 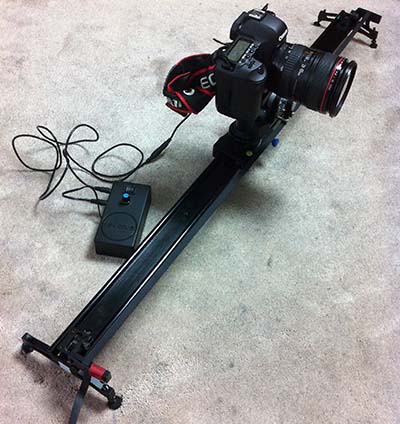 Since delivery I have used it fairly rigorously in many different situations including for timelapse in the street at night and on commercial jobs during the day, I used the kit A LOT for this job for example.

The slider, dolly and the motorised elements all come in pretty high quality carry cases with the revolve logo on. All were well packaged too in terms of postage. 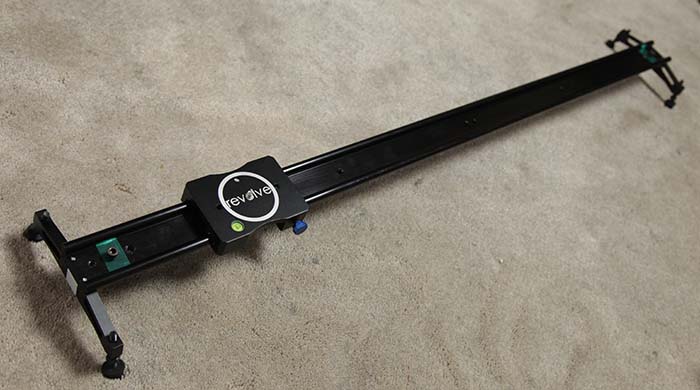 The 36″ slider itself isn’t amazing quality, it’s nowhere near the quality of the last slider I owned which was the Konova k2 but it does the job, so far at least. The weight of the slider is good, not too light and not too heavy, the adjustable feet seem good quality too although annoyingly you need to use hex key to put the feet on, and the slider doesn’t fit in the bag with them on. The air bubble level is essential too.

The actual slider mechanism where the plate sits on the bars seems a bit cheap, personally I am not convinced that it’s going to last too long. I would recommend buying a better slider then getting the motorised slider add on before buying this kit, unfortunately mine was stolen just before I ordered this one. Also it’s worth noting that I didn’t buy the head supplied by revolve as I already had one, so that is not included in this review. 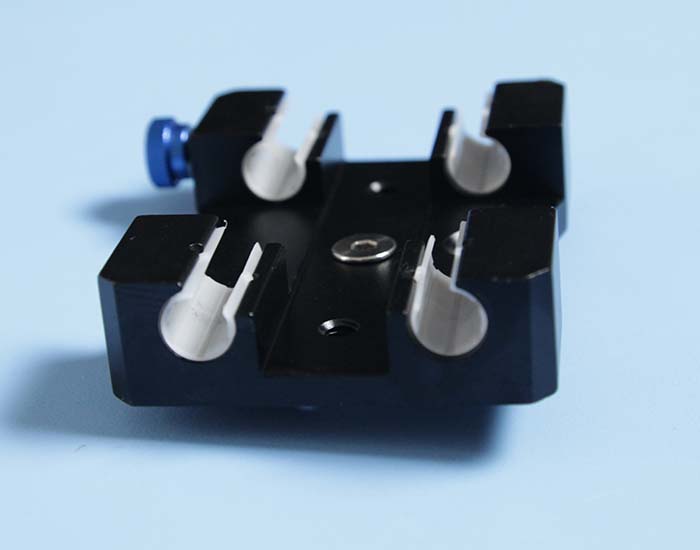 The Motorised Aspect of the Slider

Took me a while to get the motorised slider put together first time, getting the tension right on the belt was a bit tricky. After using it in various situations though I can now put it together in a couple of minutes but not without making a couple of my own slight modifications.

I ordered all three motors. The slowest motor (1rpm) on it’s slowest setting is very slow, you actually can’t see it moving, it takes 45 minutes to get from one end of the slider to the other. Living in a city I haven’t had a chance to try this out with time-lapsing stars yet but I am sure the results will be amazing, I have tried it with traffic though, some of  the results are in the above video. 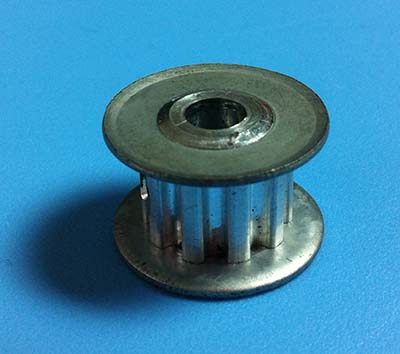 Another problem I noticed is that you only get one little gear for the end of the motor, no  matter how many motors you order. This is a problem because what keeps the gear on the  motor is a tiny little worm screw that takes a hex key. I have used this slider a lot in the  past month and the head of this tiny screw is just about rounded already and soon I won’t  be able to switch motors. Also on two of the motors the gear easily slides off, whereas the  other one it is very hard to get off, so switching these little gears around is not ideal by  any means.

As well as the little screw in the gear, all of the hex bolts appear to be low quality, the  black ones (and supplied hex keys) all show signs of rust, and one of the silver ones that  hold the feet on has rounded after only 2 uses.  Besides the bolts the general build quality  is pretty high,  nothing seems cheap or like it’s going to break and the plastic used on the control box is good quality.

The automated motion of the slider is very smooth and the results are seamless, personally I would like the top speed of the fastest motor to be a bit faster though, mine definitely doesn’t make the length of the slider in 5 seconds as advertised on the revolve site. As expected the motors will slow down as the batteries wear out, this can be very subtle though.

My biggest problem with this piece of kit is the fact is has 4 different hex keys which you need to use to assemble it, this is a massive pain in the ass when using it in the dark, or on grass. I would like to see the hex key bolts replaced with ones that can be tightened by hand, like on the Konova K5. I ended up colour coding the hex keys and corresponding bolts with coloured electrical tape to make things easier in the field.

I haven’t used the dolly nearly as much as I’ve used the slider as there just aren’t as many applications for it on it’s own due to the need for a smooth surface. It is a lot easier to put together than the slider is and uses bolts you can tighten by hand for adjusting the angle of the wheels, instead of hex keys! I also haven’t used it on rails yet as I have the slider kit, I imagine the results are just as good though and assembly will be simpler.

Hi, I'm Dan, a freelance filmmaker, camera operator, editor, videographer and photographer based in Newcastle Upon Tyne in the North East of the UK. I create music videos, short films and videos for events and business. I’ve been making videos as a hobby since 1999 and professionally since 2006. I hope you enjoy my work.